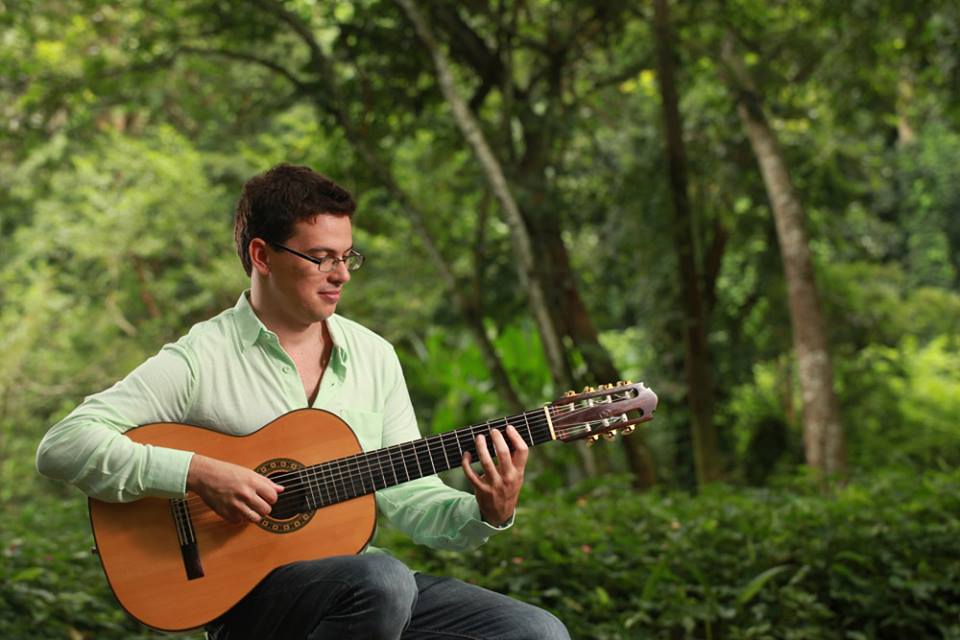 Born in the North East of Brazil, 7-string guitar player, arranger and composer Luiz Morais has been playing the guitar from a young age. Immersed in the vibrant Brazilian musical culture, he built his strong musical foundations playing rhythms such as Samba, Choro and Bossa Nova as well as the iconic North Eastern rhythm of Forró.

Graduated in Popular Music from the Federal University of Rio de Janeiro (UNIRIO) in 2010, Luiz can count among his teachers great masters of Brazilian guitar such as Mauricio Carrilho and Luis Otávio Braga. Deepening his study of musical form and composition, he has studied arrangement with Roberto Gnattali and is currently a student of the revered Brazilian arranger Vittor Santos. A member of the acclaimed orchestra ‘Orchestra de Sopros de Pro Arte’ during 2012, Morais has performed on stage with the internationally renowned Gilberto Gil.

Luiz has a wide scope of musical influences, ranging from the musical greats of the popular Brazilian tradition such as Tom Jobim, Pixinguinha, Moacir Santos and Edu Lobo as well as Jazz masters Miles Davis, Joe Pass and Wes Montgomery. Hermeto Pascoal and Guinga also remain strong influences, with their complex harmonics and improvisational virtuosity.

Recently established in London, Luiz Morais brings to the UK his debut album “Nascente” (“Rising”), which is of his sole composition. Launched to critical acclaim last April in Rio de Janeiro and Fortaleza, this album is a predominately instrumental work that unites a wide range of flavours and influences, combining the most powerful rhythmic roots of Brazilian popular music with the freshness and harmonic sophistication of jazz. These elements are markedly present in the arrangements, also composed by Morais himself, resulting in an exuberant, fine and original sound.

Gathering with an exciting group of instrumental musicians, Morais has formed the Luiz Morais Quintet, a group dedicated to playing the music of this promising young composer who forges ahead in creating an innovative and experimental rebirth of the Brazilian musical tradition in a wider landscape of jazz and world music. The beauty and complexity of the arrangements along with vibrant improvisation unite to create a unique and truly exciting performance experience.