All the details of the programme are given below and each session can be booked individually.  Tickets are booked through the Adult Programme list of events on the website.

The relationship of Suffolk and the Sea has always been a shifting one. There are many lost locations off the Suffolk coast, the area of fastest coastal erosion in Europe. 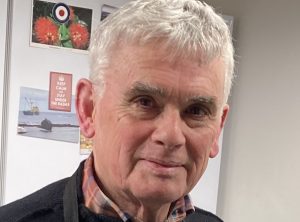 Our first session will be introduced by Peter Wain, historian of the lost port of Goseford (near Bawdsey) and contributor to newly published research into the catastrophic storm surges that changed the shape of the Suffolk coastline in mediaeval times.

He is joined by Juliet Blaxland and Robert Simper 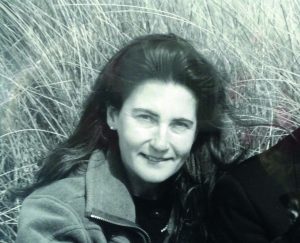 Juliet’s The Easternmost Sky Adapting to Change in the 21st Century describes living with coastal erosion. Until it was lost to the sea in 2020 Juliet’s home was The Easternmost House in England.By exploring how climate change and social change are already affecting us Juliet forecasts, with wit and imagination, the future we will all have to adapt to in Britain and in the world. 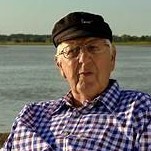 Local historian Robert Simper has watched the slow depopulation of his Deben village while devoting his writing lifetime to researching and recording Suffolk’s working boats and the people who have made their livings from rivers and the coastal trade. His most recent book is The Lost Village of Ramsholt.

Claudia Myatt and Jane Russell, develop an idea of the sea as a means of connection, offering people opportunities for artistic and intellectual exchange, for exploration and trade as well as invasions and warfare. 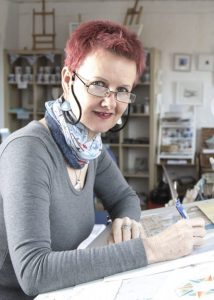 Claudia is an artist and writer who lives on the River Deben and has become increasingly fascinated by the evidence of cultural sophistication and international links offered by the designs from the Anglo-Saxon treasures at Sutton Hoo. Her most recent publication is a simple drawing book where readers are encouraged to explore some of the intricacies of the ornamentation by creating their own. 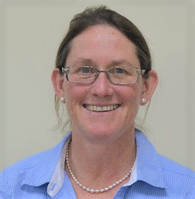 Jane Russell is a cruising sailor with 30 years of experience, including a 5-year circumnavigation.

Jane works as editor at the chart-makers Imray. She is also the Royal Cruising Club Pilotage Foundation’s Editor in Chief. She is author of the Foundation’s Atlantic Crossing Guide. 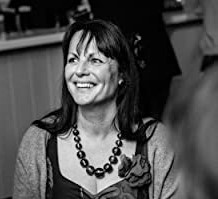 There are many stories of lives being taken by the sea and tragedies of being lost at sea but Glenys Newton talks of how the sea saved her life. At the beginning of March 2020 (how many sentences begin that way!) Glenys caught Covid and still lives with the consequences. Glenys has always swum in the sea and rivers but always for fun, for pleasure, and never thought that swimming in the freezing murky depths of the North Sea would be the thing that would keep her alive. Wild swimming appears to be a craze that has swept the nation and Glenys talks about her story with the sea and the rivers and of the inspiring people that she has met along this soggy and chilly journey.

From Suffolk, the sea can lead us to the extremities of the earth. Claudia Myatt has recently returned from Antarctica where she is currently artist in residence for the Friends of the Scott Polar Institute. As well as filling her sketchbook, the time she’s spent on a Royal Navy survey ship this year visiting South Georgia and the Antarctic Continent has given her a new perspective on the relationship between humans and their environment. She needs to express this in words as well as paint. 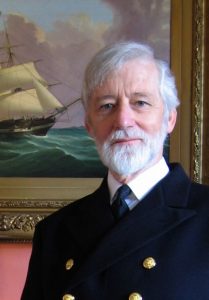 Richard Woodman has spent much of his working life ensuring safe navigation round the British Isles He was a Captain in Trinity House, the corporation which was founded in the reign of Henry VIII, to attempt to make it safer to sail round the British coasts. He is also one of our foremost maritime historians – focussing particularly on the history merchant navy, in which he served as a young man, before there were container ships. Astonishingly he has written over thirty novels but says his most recent publication A River in Borneo will be his last. 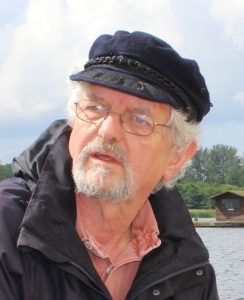 Peter Willis, chairman of the Nancy Blackett Trust and author of Good Little Ship, will lead a session which focusses on the work of sailing trusts and sailing charities who enable people, young or old, to make their dreams reality, to discover the wide world of the sea.

If you visit Suffolk Yacht Harbour during the book festival you will meet Duet – the longest serving sail training vessel in the UK. Formerly owned  by the polar explorer Augustine Courtauld she was donated to the Cirdan Sailing Trust whose CEO Leonie Black, will explain why Going to Sea might be a life changing experience.

The Suffolk Yacht Harbour at Levington is also the base for the East Anglian Sailing Trust which offers people who are physically disabled opportunities to sail regularly. Simon Dawes, a former customs officer, who is blind, explains how this works for him. 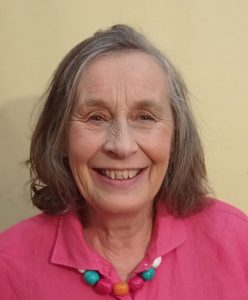 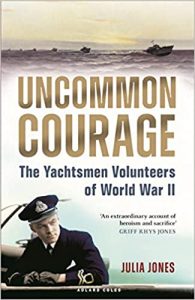 In this book Julia Jones tells the stories of the yachtsmen volunteers of World War II, many from the East Coast, who volunteered to join the Royal Navy, from famous names such as Sir Peter Scott and Nicholas Monsarrat to ordinary sailors –who loved sailing and risked their lives to aid the war effort. Including moving extracts from letters and diaries written by the volunteers, it’s a fascinating exploration of those who were part of the RNVSR at such a significant time in history

All events during the Suffolk by the Sea day are sponsored by: 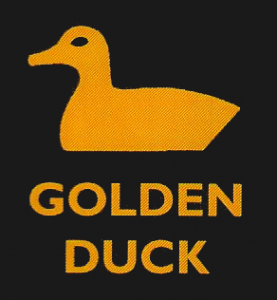 For the festival weekend visitors to the yacht harbour at Levington will be able to see and possibly go on board  four historic yachts.

Duet, now managed by the Cirdan Trust is the longest serving sail training vessel in the UK.Duet is a keen competitor in the annual Tall Ships’ Race and has been both class and overall winner.

Peter Duck and Tinfish II are privately owned boats so visitors will be welcomed when the owners or families are on board.

The Nancy Blackett Trust will organise some music (accordion and fiddle) down at the yacht harbour There may possibly be shanty singers as well.

It is possible to walk up a footpath to Two Sisters Arts Centre for the speaker events.