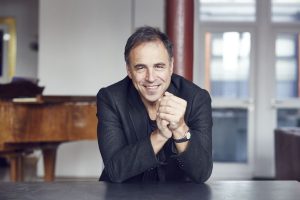 Anthony Horowitz is one of the most prolific writers in the UK, unique for working across so many media, juggling writing books, TV series, films, plays and journalism.  Anthony is responsible for creating and writing some of the UK’s most beloved and successful television series including BAFTA award winning series Foyle’s War, Midsomer Murders, and Poirot. Anthony’s award-winning book Magpie Murders is currently being filmed, and the sequel Moonflower Murders is optioned to follow. His new crime book series featuring the detective Hawthorne has three books so far with a fourth being written. In 2014 Anthony was awarded an OBE for his services to literature.