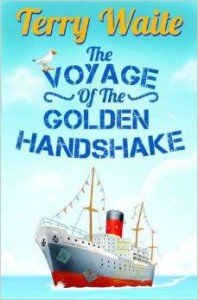 Terry Waite will be talking about his comic novel The Voyage of the Golden Handshake (published in April 2015). Known for a lifetime of working in extreme and serious situations, it is not generally realised by the public that Terry has a remarkable sense of humour. It is this that enabled him to endure some of the difficulties he has experienced. Now he has decided to demonstrate this side of his personality by writing a classically British comic novel.

Terry will be talking about The Voyage of the Golden Handshake, along with the role that humour has played in some of the darkest and most difficult experiences he has endured.

Kingsfleet Wealth are proud sponsors of this event